Originally from Northwest Florida, Brother Kevin comes to us having pastored churches in Florida, Kentucky, South Carolina, and Tennessee.  He has studied at the University of West Florida, The Baptist College of Florida, and Southeastern Baptist Theological Seminary.  He is also a proud veteran of the U.S. Navy.  A self-described "good-ol' boy," Brother Kevin loves the outdoors, riding his motorcycle, and watching football (GO GAMECOCKS!).  Happily married since the late 90's, Brother Kevin and his wife, Shelley, have also been blessed with a large and loving family. 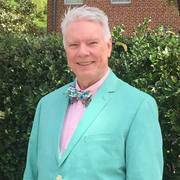 Brother Scott is a graduate of Furman University and The Southern Baptist Theological Seminary. He comes to Doctor's Creek after serving churches in Kentucky, Florida, Georgia, and South Carolina. His musical tastes extend into every genre as long as the songs are theologically sound. He enjoys ministering to the community of Walterboro through The Voices of Colleton Community Choir, of which he is blessed to be the director.  He and his wife, Nancy, have been married for 33+ years. They have two cats that they dearly love, Marbles and Lily. Brother Scott's favorite scripture passage is from Ephesians 2:4-5, "But because of his great love for us, God, who is rich in mercy,  made us alive with Christ even when we were dead in transgressions—it is by grace you have been saved." 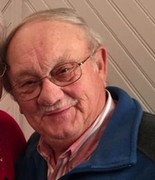 Katrina graduated from the University of South Carolina Beaufort with a B.S. in Business Administration - go Gamecocks! Prior to joining the staff of DCBC, she worked in retail sales, accounting and most recently, medical billing. Katrina and Ben, her husband of more than 13 years, live in Varnville.

How to Find Us

How to Find Us